Vibestyle blog brings you urban lifestyle news and reviews; including the top hip hop music of 2018

It appears that YG, Belly, and DJ Mustard have been cooking up in LA; and it could be among the top hip hop music of 2018. The trio have been reportedly teasing the release of new music via Instagram.

Belly – the latest to post on Instagram about the upcoming work – uploaded an image depicting himself and YG, in what appears to be a lighted background. Perhaps this is a scene for the anticipated music’s video, or merely a snap from a photo shoot the pair recently partook in while hanging out in Cali’.

The Instagram post was interestingly captioned “#4days coming soon @yg @djmustard“, which tells us two things – there is new music on the way, and it will be named ‘4 Days’.

Alike Belly, YG took to Instagram last week to post an image of the three, which was the first time ‘gram followers were made aware of new music on the way. As you can see from the picture, the artist’s must have been celebrating the Chinese New Year with the background decoration, and strong use of the colour red indicating so. Although, YG is no stranger to red, as the artist is strongly affiliated with the colour due to his association with west coast gang, The Bloods. 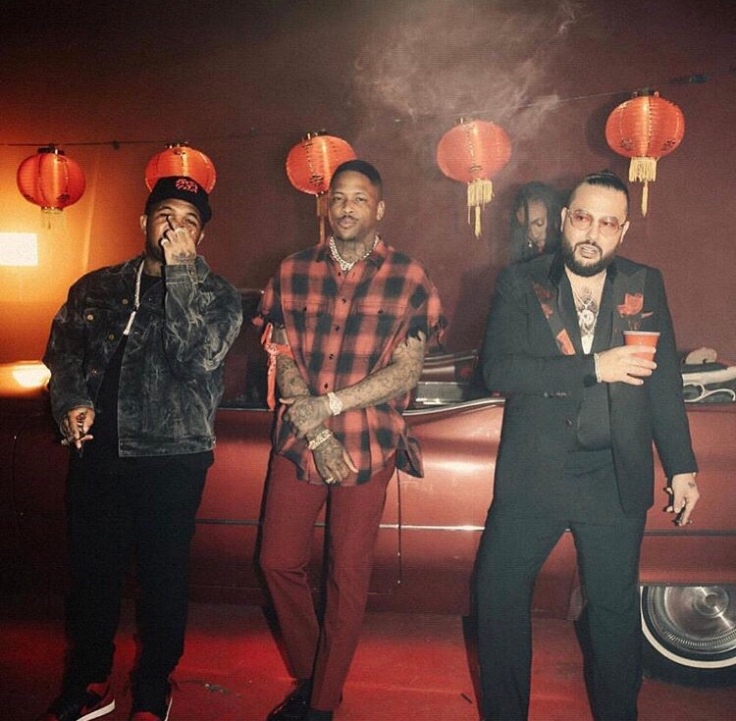 YG has already been busy this year – or starting the year strong as HotNewHipHop put it – featuring in Nipsey Hussle’s ‘Last Time That I Checc’d’ track back in January. Though, the artist took the spotlight in February, with new hard-hitting single ‘Suu Whoop’; which was also produced by DJ Mustard. You can listen to the song here:

The west coast artist is also set to release his third LP, as he recently announced the upcoming album ‘Stay Dangerous’ at an LA festival, The Boogie.

It isn’t clear as of yet, who will own the track. Perhaps Belly, with his increased number of posts based on the upcoming work, compared to the others. Or maybe it will be YG’s song, considering the name ‘4 days’ and the ‘Bompton’ artist’s brand of high end street fashion, 4hunnid.

No release date for the new music has been announced. However, Vibestyle feels we won’t have to wait long, as the artist’s continue to tease on social media with ‘coming soon’ being the most we’ll get, for now. The artist’s are no strangers to this day and age’s listening trends. So, expect the music to be available on the usual platforms, including Spotify and Apple Music.

Whether the new music is a single track or something bigger, it is going to be mayhem. Although we didn’t get to mention this upcoming music in our post on upcoming music this month, we are excited to hear a mix of Belly’s intricate lyrics, and YG’s red-blooded flow; all in front of DJ Mustard’s upbeat production – now, that’s going to be madness!

Being a big fan of Belly, it will be interesting to see how he shapes his words in this West Coast anthem. The artist doesn’t usually adopt such a beat, but we are sure he will deliver.

The artist has also been cooking up alongside XO affiliate, The Weeknd. Belly, posted a video clip to the ‘gram of himself in the studio. When replaying his current work, we could hear The Weeknd’s involvement; teasing some raw vocals that long-time fans will be happy to hear; considering it sounds similar to his early work (The Trilogy).

However, like 4 Days, it is unclear to who’s music this will be. Though, other XO members are indicating that is Belly’s upcoming album. Rumour has it however, that Abel will be releasing a new album very soon as Travis Scott indicates in one tweet.

Abel new album is scray. It’s like when I first heard him for the first time. Fuckkkkkk !!!!!

This is some very exciting stuff, and we look forward to the releases of all the mentioned music – this month is sure to be March Madness for urban music.

Check out Vibestyle’s other urban lifestyle news and reviews

Make sure you head back to our home page and check out our other posts. We cover topics around music, fashion, film, and more.

Finally, stay tuned for more on the top hip hop music of 2018.