For those of you who know, or have seen it yourself, Black Mirror is a show that is quite like no other. Having recently finished watching the whole series via Netflix, I feel that I want to speak on a few topics in a kind of review type of manner.

Firstly, I recommend to anyone who may not have seen it yet, to go ahead and find out what the fuss is all about. Not only is it intriguing from an entertaining perspective, it’s somewhat eye-opening in respect to what the future of technology might hold for all of us.

The Channel 4 originating series has been aired since 2011, but only recently has been popularised. The series hosts a handful of approximately an hour long stand-alone dramas across 4 seasons, so the series proves to be quite suitable for a couple binge watch sessions, with every episode providing something different.

Labelled as a ‘science fiction anthology television series’, each episode shares in common the sense of a futuristic presence, all of which shine a light on the unanticipated consequences of new technologies, alongside a modern society who seems to be consumed by the former. The scary thing is that this seems more and more like a possible reality by the way that society and tech seems to be going. The episodes within the series seem to have a dark, satirical, and sometimes eerie feel to it, constantly leaving you on the edge of your seat, anxiously questioning how much of this could become a reality?! 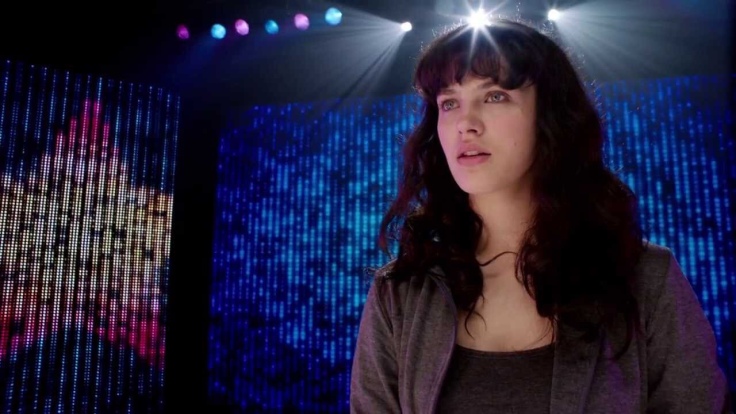 If you’ve completed the series, it’s evident that several episodes test the boundaries of societal ethics and sees the potential limitations that society might condone on ourselves through the naiveness and perhaps misplaced trust in superiority. Interestingly, and fittingly to my above statement, Charlie Brooker, the creator of the series says that the stories feature “the way we live now – and the way we might be living in 10 minutes’ time, if we’re clumsy.”

Understandably, for various reasons, everyone probably has their own personal favourite episodes. Here, I present an episode from each season, which I found the most intriguing and eye opening. without giving too much away, for those of you who haven’t yet watched, I will talk about, and emphasise on any hidden messages I have taken from the episodes.

Woah – Need I say anymore? Being the first episode of the season, around 15 minutes in, I started to question, what exactly have I got myself in to. This massively taboo episode seems to express the increasing ways in which power can be obtained leaves society vulnerable, and the ease of accessing this by people who wish to exploit it, shows how truly powerless the system can be. The mockery at the end of this episode shows how the over-consumption of media can blind us of reality.

Personally, I found this episode to be disturbing to an extent – the controversial nature of the episode challenges the way in which people determine different degrees of punishment and justice towards certain legal and ethical crimes. No doubt, the crime presented in the episode is beyond humane, but the punishment, to me just seems hypocritical, where the portrayal of society’s acceptance of the fictional punishment just seems alien and sheepish. 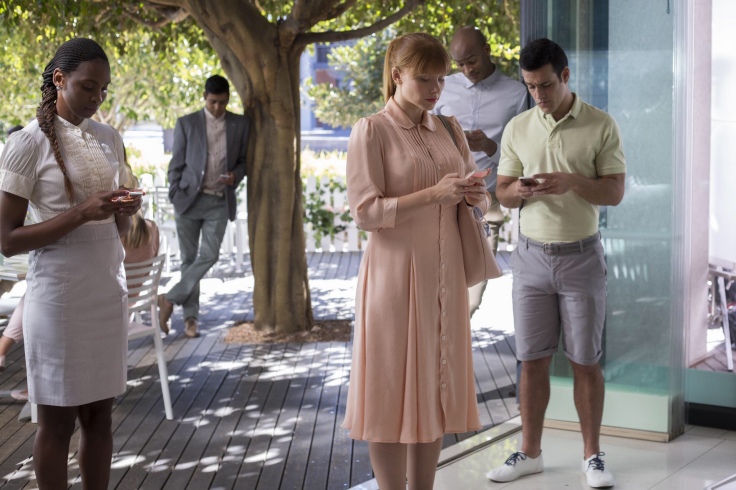 This episode was visually a bright and appealing one, but the moral behind it is the complete opposite. I felt that the story played on how much people are increasingly valuing and trusting what they see on social media, and the internet. With this, the sense of society’s sheepish behaviour is bought forward, forming a world where everybody is fuelled by their online ratings. Not only do the ratings effect the social side of people’s lives, but also the professional side. This, to me conceptualises how we may be heading into a world where everything we do, big or small, is being judged by whoever we encounter.

When watching this, I could only compare the bizarreness to the future launch of China’s Social Credit System, which is set to be active in 2020. The SCS will allow the government to collect data from individual citizens, such as data on their time spent playing video games, or streaming content, and then base the data on the citizen’s social credit score. The social credit score will determine what the individual can and cannot do in their day to day life, for instance, eating in certain restaurants, or travelling by certain methods of transport.

Will this system play out like it does in Black Mirror, and lead to obsession and shallowness? 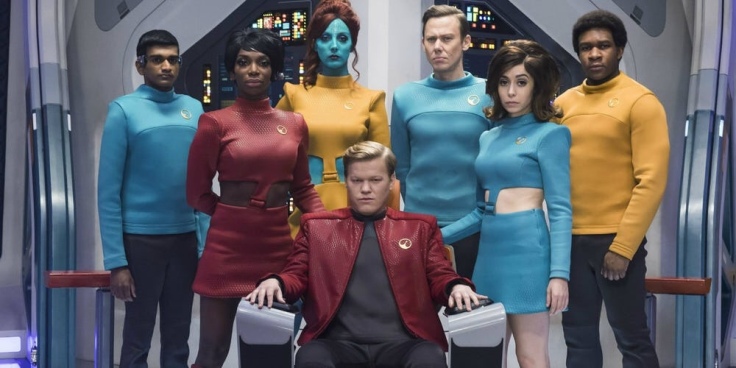 This was definitely one of my favourite episodes due to the interesting plot and uncanny resemblance to the Star Trek franchise. The intriguing part of this was how technology allows almost anybody to gather DNA from everyday objects and activate the DNA into forming a consciousness, this then allows people’s consciousnesses to be transferred into even a software.

This plays on the notion of ‘digital immortality’, a phenomenon only recently bought forward in the media. Which is controversial in itself due to the ethical sensitivity that it arises. It’s hard to imagine this being a reality as it seems so farfetched, but surely, we should have an open mind about the possibilities that technology can dawn on us.

If you loved Black Mirror, and you’re simply itching for more, there are plenty of alternatives to satisfy your curiosity…

According to Brooker, The Twilight Zone was the inspiration of the show’s controversial and contemporary topics, that had some sort of immunity to censorship. Too, being an anthology series, the 1959 show offers something different in each episode.

Altered Carbon shares similarities with BM, where the foundation of the plot lies within the futuristic possibilities of transferring people’s consciousness into new ‘sleeves’ or artificial bodies. 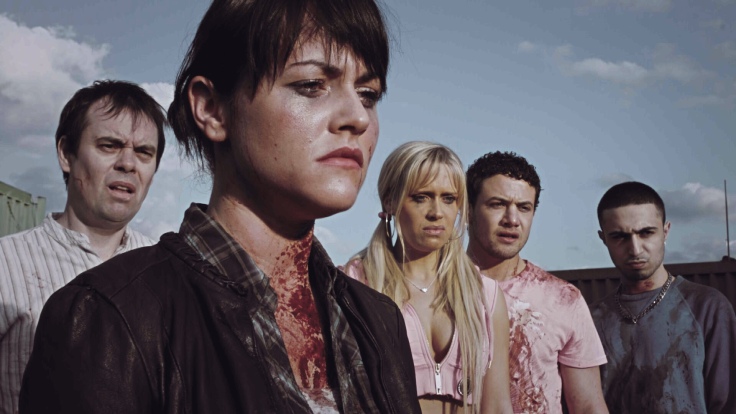 Dead Set is another show written by Charlie Brooker, the show is based around a zombie apocalypse, focusing on a group of Big Brother contestants in the Big Brother House, however the plot of the 5-part horror doesn’t focused solely on the apocalypse, instead its entertaining factor is on the satirical tone, something in common with BM. 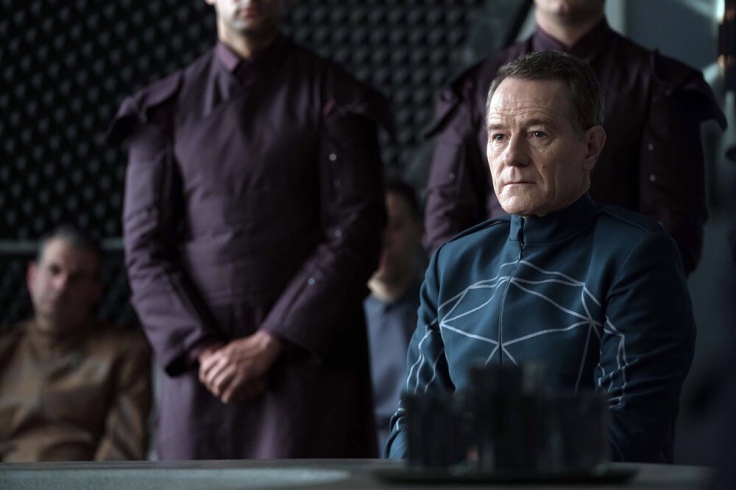 Starring Bryon Cranston, Electric Dreams is also a science fiction anthology series, focusing on a dystopian future. The series hosts 10 stand-alone episodes that are based on a futuristic world.

This is not a television series, or film, but a range of short films created by a variety of producers. Head over to Vice on YouTube and have a look at all the different short films on the playlist. Not all of the films correlate to BM’s vibe, but some of them consist of eerie, satirical, and controversial tones that make them a great watch. Some of my personal favourites as are follows:

The playlist can be accessed here:

There are plenty of other alternatives to Black Mirror available, but these are just to name a few. I feel as if anthology series could be the next craze in television for the years to come, meaning that there will be more to look forward to. Not to forget, or rule out the rumours for a fifth season which could be available later on in the year, or the next.

Thanks for reading. Please share this blog post and have your own say on Black Mirror in the comments section.

One thought on “Vibestyle Reviews: Black Mirror – The Series Everybody is Talking About”