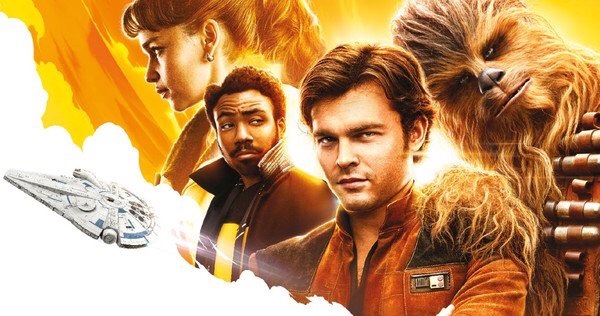 By Eugene in Film

Evidently, the Star Wars galaxy is full of different tales, twists and turns, all of which could suffice in their own two-hour movies. The particular events of prior to the 1977 blockbuster, A New Hope has always been an area which could be explored into further insight, and LucasFilm is about to provide us with that exactly.

It’s been confirmed that the fan favourite character, Han Solo, and his life leading up to the events that unfold amongst Chewbacca, Leia, and the Millennium Falcon, will be getting his very own movie which is scheduled to be released this year, on the 25th of May!

The trailer was released last night and hosts plenty of interesting clues and information.

As we can see, Walden Ehrenreich taking over Harrison Ford’s role of Solo, as well as Donald Glover portraying the infamous Lando Calrissian of the 1977 hit. The movie also sees the likes of Thandie Newton, Woody Harrelson, and Phoebe Waller-Bridge feature in the cast.

The trailer shows a lot, especially in respect to confirming the main characters as well as Solo’s legendary right hand man, Chewbacca, suggesting that the movie will offer insight to the partnership’s early days. We also see Solo in what seems like his application to the Rebel Alliance, staying the he will become the best pilot in the galaxy.

Thanks for reading, and stay tuned for more Star Wars related information.